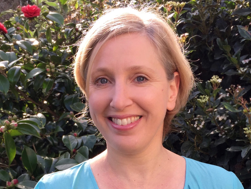 What is it really like to have a migraine?

It can be very difficult to explain to other people what it’s like to have an attack of migraine. People see you as a ‘well’ person between attacks and have no idea of what you experience. In the following essay Judy Gordon eloquently tells her story of a migraine attack which we hope will help others to gain a better understanding of migraine.

“I had a migraine today. It’s not just the pain that’s shooting across the back of the neck, the neuralgic throb of the teeth and jaws or the throbbing right eye. That can be dulled with strong medication, leaving a vague nausea. But the muddled brain. The world doesn’t make sense. When the pain sets in, the world goes into fast forward and I can’t think quickly enough. Once medicated, the world is still fast but I am slow.  My whole system is suppressed.

My neck has knotted, resenting any head action, forward, back or side to side. I make eye contact turning my whole torso to avoid the neck. The two dents below the scalp I press, to release the tension, are bruised.  I massage the top of the spine with my knuckles to break down the crystals and open the veins to get blood flowing, aware that if this happens, there is an additional rush of pain as the warmth floods the brain to overload.

Waves of starvation and rejection of food alternate through the day, bloating the stomach and I massage the area.  I crave caffeine in tea (not coffee), or coke. I want chips, a big portion. Then my system shuts down as the migraine spreads over my body, paralysing the areas it touches. I realise too late. The food sits in my body like a lead weight. The medication stops the functioning of the system. It shuts it down as it deadens the pain receptors.  For days. I drink lots of water.

I can’t see very well. Everything is too bright, so I dull my eyes, half closing the lids. The medication can cause drowsiness. The world is too loud.  It smells bad too.  Don’t take me near any chemicals, in food or soaps.  My throat hurts – do I have a cold coming on? There’s too much information and I get lost.

I can’t think. I can’t feel. I can’t sympathise with anyone else, or laugh readily, so I’m considered remote or grumpy. I smile nicely at people worrying over a train time or shopping plans, when I want to swear at them and smash their stupid dinner plate on the floor. I might snap at people a little. Particularly if they’re complaining of the little discomforts in life, like being short-changed at the post-office (why go that f**!@ing post office) or should I wear a cardigan or jacket with this turn of the weather (who gives a sh*t).  Sometimes all this is happening before I’m aware I have a migraine, so family and work crises crash together in a pile-up of unhappy anger, pointing a finger at me.

A nightmare is the first sign. Waking in the early hours.  Blood is often involved. A maiming of a body. Usually an animal – what does that mean? Then the consciousness of waking, before the eyes open, as a dream clears, I feel the head swamped with the familiar aching odour of the migraine. The initial despair of what lies ahead.  I hope it isn’t.  Sometimes I have a tablet that I know won’t work, to sort a headache. It could be just a headache. It’s not. I’m an idiot.

The management. The faking to everyone that I am just tired.  All day.  When do I have the medication.  Now? No, too early means it has no effect.  Too late, I’ve missed the window that kills the trigger that sets it into its three-day cycle. I’m hurting too much. I can’t think what’s best. No-one else can know what to do. Please, can I have a cup of tea?

Sometimes I’m in a place where I can accept the pain, physically or mentally. I compare it to labour or a broken ankle bone. Sometimes I kid myself and imagine the pain to be the end of a three day migraine. I pretend it’s not on it’s way up, it’s on it’s way down, so it’s past its height and I relax a little. When I relax, I feel the throb behind my ears, deep.  I count the hours. Three. Days. When it’s at an intolerable point, when the medication hasn’t worked and there is nothing more to be done than go through the cycle, I close my eyes and imagine the other side.

What did it this time? Ah the weather. Yes, the low pressure  presses my head, squeezes my brain.  The wine I drank. Two sips of non-organic sulphur infused grape juice killed me.  I try magnesium spray, tiger balm, lavender oil massaged. All are comforting but cannot stop the onward march of this monster.

When the migraine has lifted, from one hour to the next, I am re-born. Sometimes the lifting point passes by unnoticed, and  I just breathe a sigh of relief that that’s it for a couple of weeks. My vision has returned. My hearing is at a normal frequency.  My neck feels like I’ve done a dance class of just headrolls for an hour.

I live differently in my days without migraine.  The world is a happy place and I can discuss train times again.”


Judy Gordon was born in London and grew up in Queensland, Australia, studying classical ballet. She has had an extensive career as a soloist ballerina, actress, teacher, singer and dancer in musical theatre, in television and theatre, performing in the UK and in Europe.  She has had migraine since childhood and regularly has 1-2 attacks each month.